Review of the live show that Shred Kelly brought to Kamloops on a cold Wednesday night to introduce their second album In The Hills.

Coming from the East Kootenays of British Columbia, Fernie’s Shred Kelly visited Kamloops on Wednesday, Oct. 24 as part of their Fall Album Release Tour to perform songs from their second album, In The Hills, recorded in May and released in September.

Heroes Pub was more full than what could be expected on a cold Wednesday night. Supporting local band Van Damsel warmed up the stage offering a 40-minute set of their energetic indie-rock songs.

Shred Kelly started with the title track from its latest album, following that up with “Goodbye July.” The audience fervently joined, clapping and tapping to the mixture of folk, rock and country. 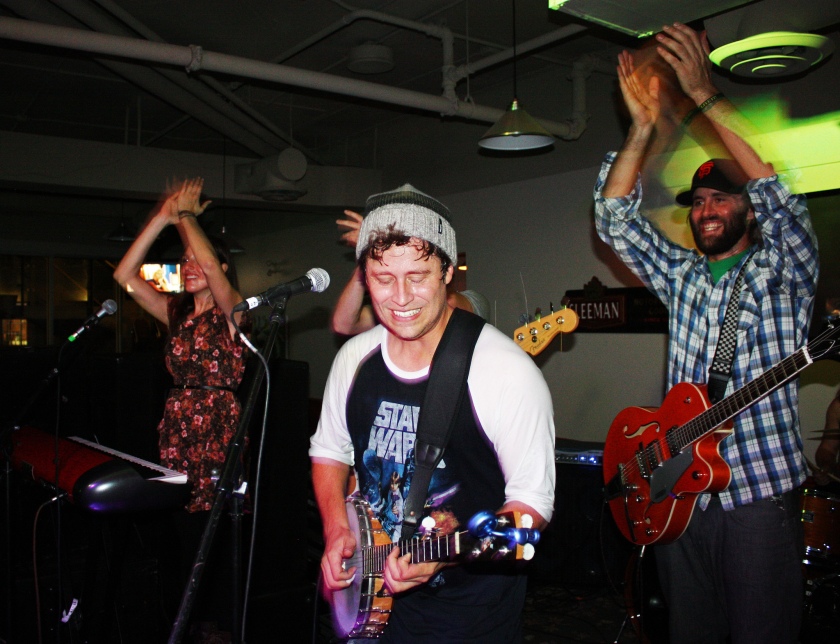 The audience was divided between people that already knew the band and new listeners, but all of them were easily conquered by Tim Newton’s brisk banjo.

The party went on among the crowd at Heroes, with two more songs from the new album, “Cabin Fever” and “New Black.” Female vocalist and keyboardist, Sage McBride, took the lead role on “Leaving Town,” followed by “Ghost Inside My Head.” By the time audience joined the chorus of “I Hate Work,” a great night of live music was guaranteed, both for the listeners and for the band, who was surprised by the reception of their live show in Kamloops.

The band maintained high spirits with a pack of new songs — the powerful start of the banjo in “Time is Passing,” the quiet and tender start turning into a crescendo in “Rowed Away,” a vigorous boy-girl chorus in “White River,” the piano background of “The Bear” and the powerful drumming in “The Cold.”

The great finale for the show had been awarded to the mighty “Tornado Alley.” After this more than six-minute-masterpiece, the audience still wanted more and Shred Kelly ended up playing two more new songs, finishing with a sing-a-long chorus, one that the audience was still humming on the way back home. 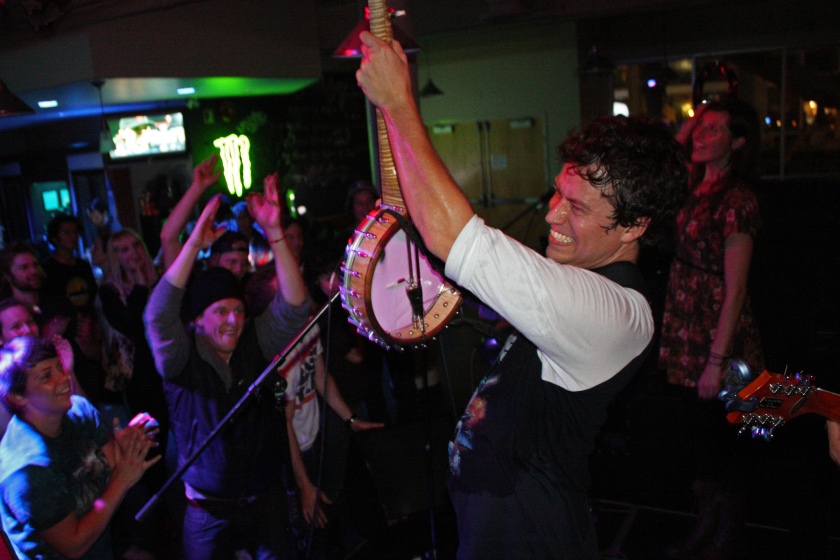 This was originally published on the independent student newspaper The Omega, while I was a Journalism exchange student at Thompson Rivers University (TRU) in 2012. You can read more about this experience on my Spanish blog #fromkamloops. Read the article online on The Omega’s website or the print version on Pinterest. The pictures are available on Flickr under CC BY-NC-ND 2.0 license.

Listen to part of the setlist on Spotify

Journalist in the age of new media. Pop culture nerd and social media Jedi. Exploring the potential of technology and media to deliver information and entertainment to global audiences. View all posts by Oriol Salvador